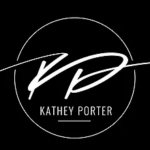 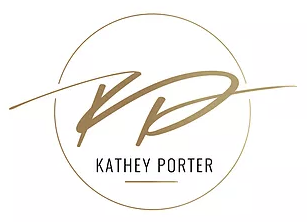 The impact of African-American women in business is undeniable. According to the 2014 State of Women-Owned Businesses Report commissioned by American Express OPEN, while firms owned by women of color are smaller than non-minority women-owned businesses, their growth in numbers and economic clout is generally far outpacing that of other women-owned entities. Businesses owned by African-American women led that growth, up 296% from 1997 to 2014, generating nearly $50 billion in revenue. It is, in a sense, a second Black Renaissance, creating what we like to call the '50 Billion Dollar Boss.'

African-American women continue to excel and shape society across industries. This book highlights several African American women entrepreneurs and leaders, recognizes them for their business acumen, examines how they creatively solved business challenges and identified opportunities to grow and sustain their businesses.

Supplier diversity ensures an open and inclusive competition for contracts during the procurement process, and the use of vendors of different backgrounds fosters a better understanding of a diverse customer base. Over the last decade the number of minority-owned firms in the US has increased 38 per cent. As the number of minority entrepreneurs continues to rise, these business owners have recognized the need for B2B opportunities, and supplier diversity programs that create the fastest path to scale and grow a small business.

A Driver of Entrepreneurship

Diversity, equity, and inclusion are musts inside any business—but did you know you can demonstrate and promote your commitment to diversity outside your own four walls, too?

Supplier Diversity For Dummies shows you how to create inclusive procurement strategies and a “business-centric” program that ensures you’re offering equitable opportunities to diverse suppliers... In her podcast, Kathey shares her industry knowledge on how to SCALE your business by developing a business-to-business and business-to-government strategy, how to WIN these contracts and GROW into a long term, financially sustainable business. Entrepreneurship is not always pretty…but, with the right strategies, it can be one of the most exciting, exhilarating and rewarding rides you will ever take!

If you are looking for a sugar coated, follow your passion podcast, this is not it. We’ve lived it and we know “when your money ain’t right, nothing is right!” We talk to business experts, advocates, business diversity practitioners and other entrepreneurs, that give the “real s*$t deal” to help women in business find opportunities, position themselves for success and become ‘FAB’ – Fearless. Awesome. BOSS…in business and in life!

From understanding your unique value proposition to identifying the best institutions to do business with, BusinessFAB® Academy helps you unlock the secrets of successfully doing business with institutional customers and puts your business on the path to long term growth and sustainability!

This is off canvas menu widget area. To enable it add some widgets into Appearance – Widgets – Menu Section, and go to Customizer – Main menu to set the icon position.